CHIEF MECHANIC
Don Munro is our head technician. He is well known and respected among Porsche enthusiasts around Australia. Don has a lifetime – 30+ years – of experience in the repair and service of this great marque. Don also maintained race cars in the Porsche Cup Series, notching up five class wins in the five years he was there. What Don doesn’t know about Porsche isn’t worth knowing. We are proud that this depth of knowledge underpins the service we offer on any model Porsche. When not engrossed in all things Porsche, Don can be found rebuilding and restoring vintage motorcycles or zooming about on his Jetski.

WORKSHOP TEAM
Mark Herbert  has been in the automotive industry for 30 years. In this time he has worked for VW, Audi, BMW and Porsche. Marks love of cars started him in the industry at the age of 17 and he followed in his fathers footsteps of being a mechanic. Mark did his first restoration at the age of eight with his father on a 57 Chevy Bell Air. When not dismantling a Carrera GT, Mark can be found zeously guarding his parking spot.

Tony Walker is a Fully Qualified Porsche Certified Technician. Tony moved to Australia from Hertfordshire UK to work at DHM in June 2019. Previously worked with LeMans, GTP, 924 and numerous restorations. Despite his British accent, he’s a likeable lad that enjoys working on Porsches. When not head and shoulders under a hoist, Tony likes nothing more than to hunt out a great deal on a Ranger Dual Cab Ute.

Adam Geddes started his apprenticeship in April 2017. With ever a spring in his step and a welcoming smile, Adam is a valued member of the team at DHM.

OFFICE MANAGER
Nicole Duffell has been in the Automotive Industry for over 13 years and has a keen interest in Porsche vehicles and motorsport. Nicole keeps the boys in line… literally, as seen in the team photo below. 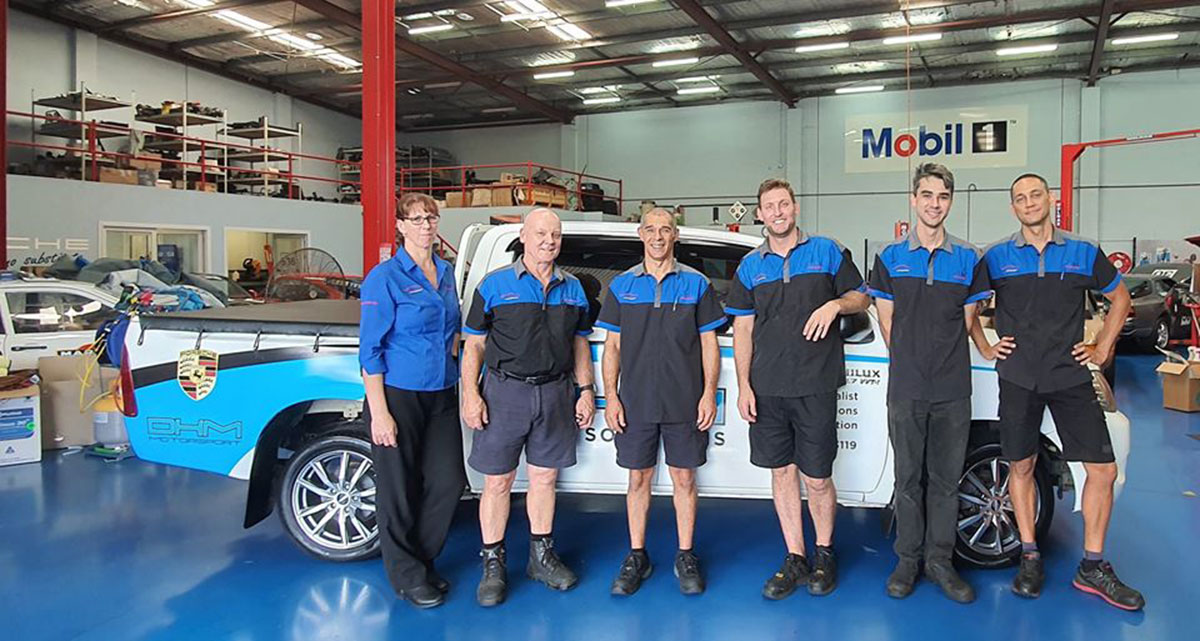